The child should be enabled to:

Questioning how things stay afloat. Why do some objects float and some sink?
Predicting
Observing what happens as they investigate.
Experimenting with different objects
Recognising patterns in investigations.
Recording the information and communicating it to others 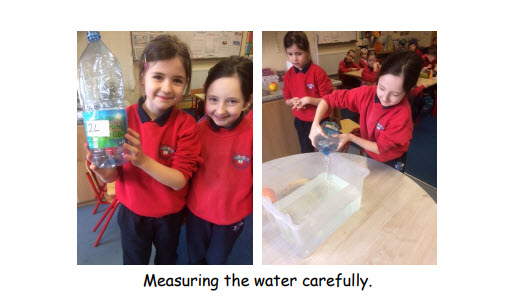 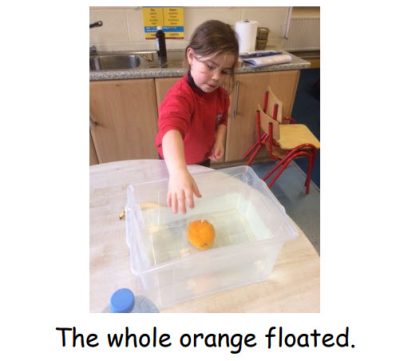 How could we make the orange sink? Some ideas we came up included 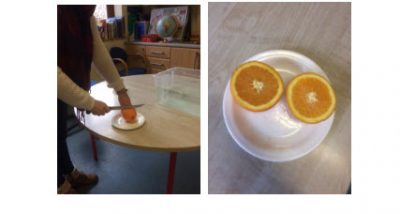 We investigated our ideas. We made predictions.

Next we investigated making an object float. We each made a sphere out of some plasticine. We made passengers from paperclips. 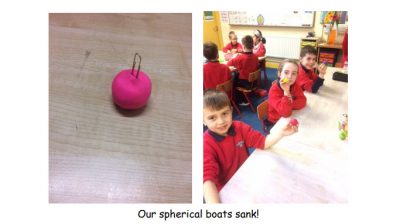 We explored how we might make the plasticine boat float. We experimented and tried out our ideas. 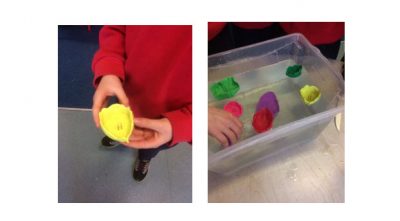 Some boats floated on the first try. Some boats needed some evaluating and adjusting. We had to make sure there were no leaks or the boat would sink. 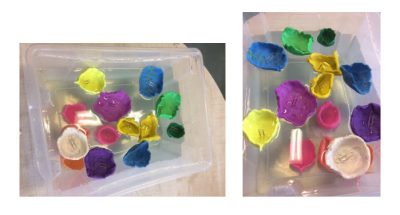 We learned that the shape of a boat affects the weight (passengers/cargo) it can hold.The more water a boat displaces, the more it will float and the more weight it can take. 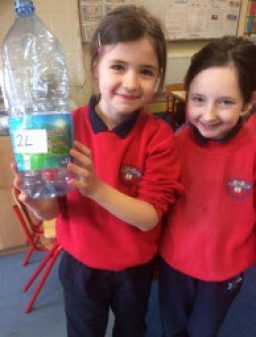